More than 100 people attended Blue Lab creative industries symposium, the first event of its kind in the Blue Mountains. Over two days delegates heard about everything from the importance of ‘making a life, not a living’ (Catherine Deveny) to a break-down of the Nike slogan: it doesn’t say ‘just talk about it’ (Matt Drummond).

In addition to attending many talks, workshops and panel discussions, Blue Lab delegates tried their hands at 3D printing, built a giant geodesic dome, watched independent films, saw a contemporary Indigenous dance performance, played with kinetic sand, had an open mic jam session, found out what was on those 195,774 VHS tapes and witnessed the coining of the phrases ‘gestural minimalism’ (Tamara Mendels) and ‘ajar source’ (Stuart Buchanan).

Delegates were wowed by the sneak peak unveiling of the new creative industries brand, which will be rolled out in August and will put local creative professionals in front of agencies, buyers and the general public across Sydney and beyond. The brand was selected through a competitive tendering process and will be the vehicle by which the Blue Mountains is presented as a major player in the Australian creative landscape.

The brand unveil was a hard act to follow, but Monica Davidson upped the ante with her talk about the importance of power and money in a creative career. Scribe Xandro Lombardi delivered a visual interpretation of the talks, while Nick Bennett gave the crowd dinosaur voices in addition to his great work as Blue Lab’s MC.

Delegates reported feeling inspired by Blue Lab and the energy and sense of community it created among local creative professionals. In addition to the learning and sharing, attendees commented on the excellent networking opportunities that were had across the two days and nights.

Feedback indicates delegates and presenters alike were impressed with the professionalism and variety of Blue Lab and the calibre of speakers. The success of the event demonstrates how critical forums like Blue Lab are to the region in terms of growing the capacity and resilience of the creative industries. BMEE looks forward to building on this success to deliver a bigger and better creative industries symposium in 2016.

If you missed Blue Lab you can view all the photos from the event here – and if you attended please feel free to tag yourself. 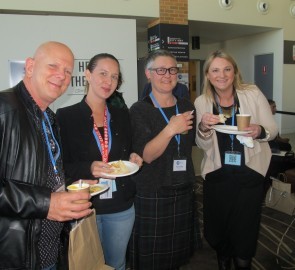 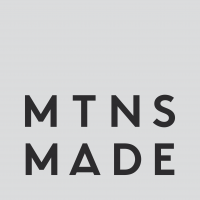 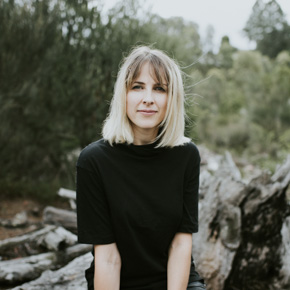 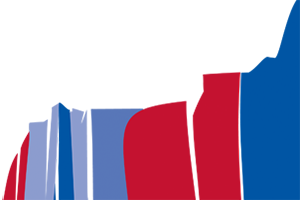